Kids - Wait for It

In a fun twist to see the big picture of Christmas, this four-part series looks at stories from the Bible that show kids how from the beginning, God planned to be friends with us through Jesus.

The whole Bible tells the story of Jesus. It’s easier to connect Jesus with the New Testament because those are the years in which he lived, died, and rose again. But the Old Testament is a foreshadowing of the coming Hope of the world. When we talk about Advent, we are talking about the season counting down to Christmas, and, in a sense the entire Old Testament is an Advent. It records years and years of people awaiting a promised king who would bring redemption and peace. This month, we’re going to look at three specific people from the Old Testament and how their stories pointed to the coming of God’s son, Jesus.

While these people were awaiting his first coming and we are awaiting his second, we all look ahead to Jesus: hope that gives our weary hearts reason to rejoice.

Adam was the first human ever created by God, and God called him very good. For a short time, he perfectly reflected the image of God. But one day, when he was tested by Satan in the Garden of Eden, he disobeyed. His disobedience introduced sin, death, and condemnation to the world, and every future generation would feel the weight of Adam’s shame. Imperfectly, Adam is a picture of what was to come in Jesus. Romans 5:17 tells us that “just as death and sin entered the world through one man, Adam, so righteousness and life enter through one man.” And that one man is Jesus.

Through Jesus, and his act of righteous obedience on the cross, we all have redemption from sin. Like Adam, Jesus was tested by Satan, first in the desert and again in the Garden of Gethsemane. But when Jesus was tested, he didn’t fail. His perfect obedience brings freedom, life, and total forgiveness from the condemnation that entered the world through Adam. Because of Jesus, we can be perfectly restored image bearers of the God who made us.

Adam’s disobedience became our sin, but the obedience of Jesus becomes our righteousness.

As you read the Bible, how does it give perspective to remember that every story points to Jesus?

Memorize Romans 5:21 this week which says, “Just as sin reigned in death, so also grace might reign through righteousness to bring eternal life through Jesus Christ our Lord.” Let it remind you that because of grace, God sees you like he sees his son Jesus: perfectly righteous. How does that give you hope?

Q. What did a snake have to do with the Christmas story? 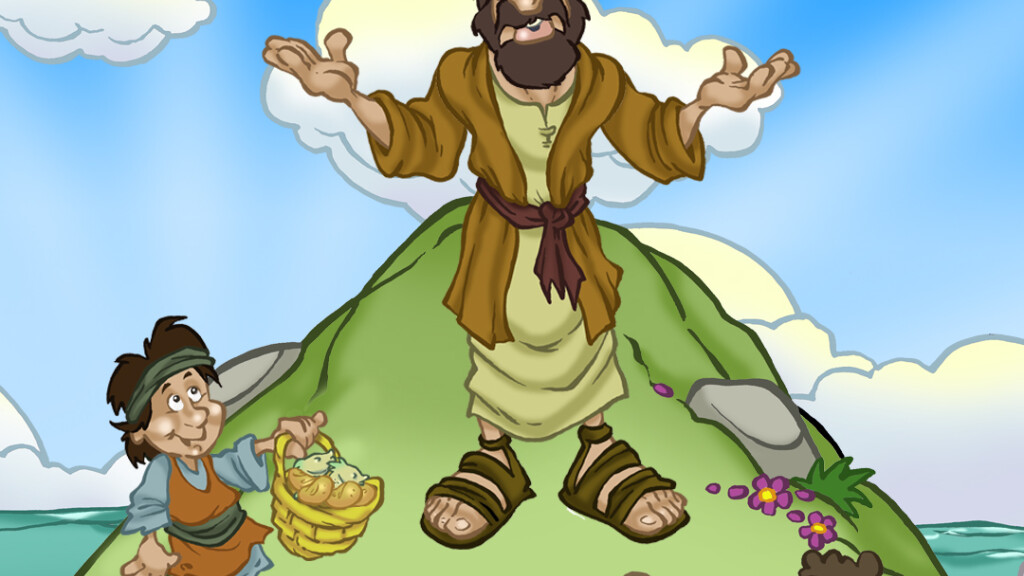